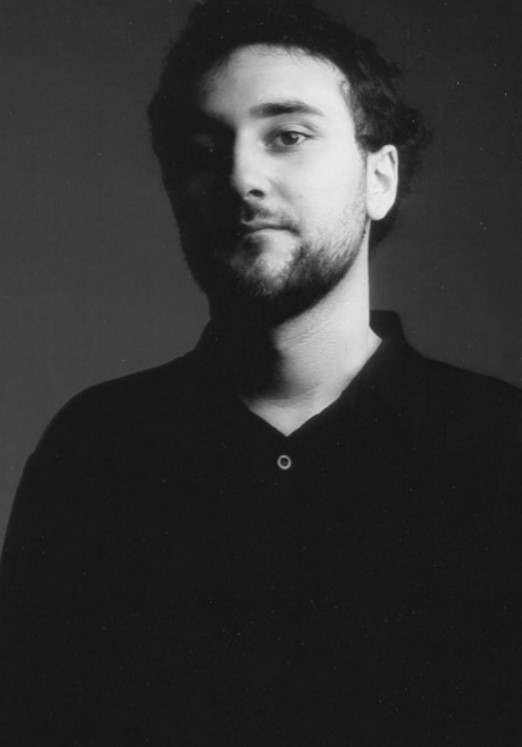 Although a young artist (born in 1993), Theodor Grigoraș’s practice shows the character of a relatively introspect artist, trained in the exercise of the gaze. His eclectic manner may leave the impression of an undecided individual, but it is in fact a thirst for exploration. He chases several themes that manage to intertwine in a context that generates multiple meanings: if we look at the references he openly recognizes (Paul Thek and Anselm Kieffer), Grigoraș’s approach when composing the visual space follow logical coordinates. In addition, another dimension of exploration is that of a ritual, and especially the ritual involving the attribution or borrowing of a temporary identity. Here, Grigoraș quotes pagan practices maintained and transmitted in rural communities, meaningful to secular populations, or, in a similar manner, he uses more recent quotes – inspired from urban spaces, and born in the pop era – which Grigoraș looks upon with reserve, trying to dress them up with meanings and flavours – the DC Comics or the Marvel fantasy stories.

Theodor Grigoras graduated the National University of Art in Bucharest, holding the bachelor and master degrees in Graphic. He holds a scholarship at Margareta of Romania Royal Foundation. Grigoras exhibited in various art galleries in Romania. 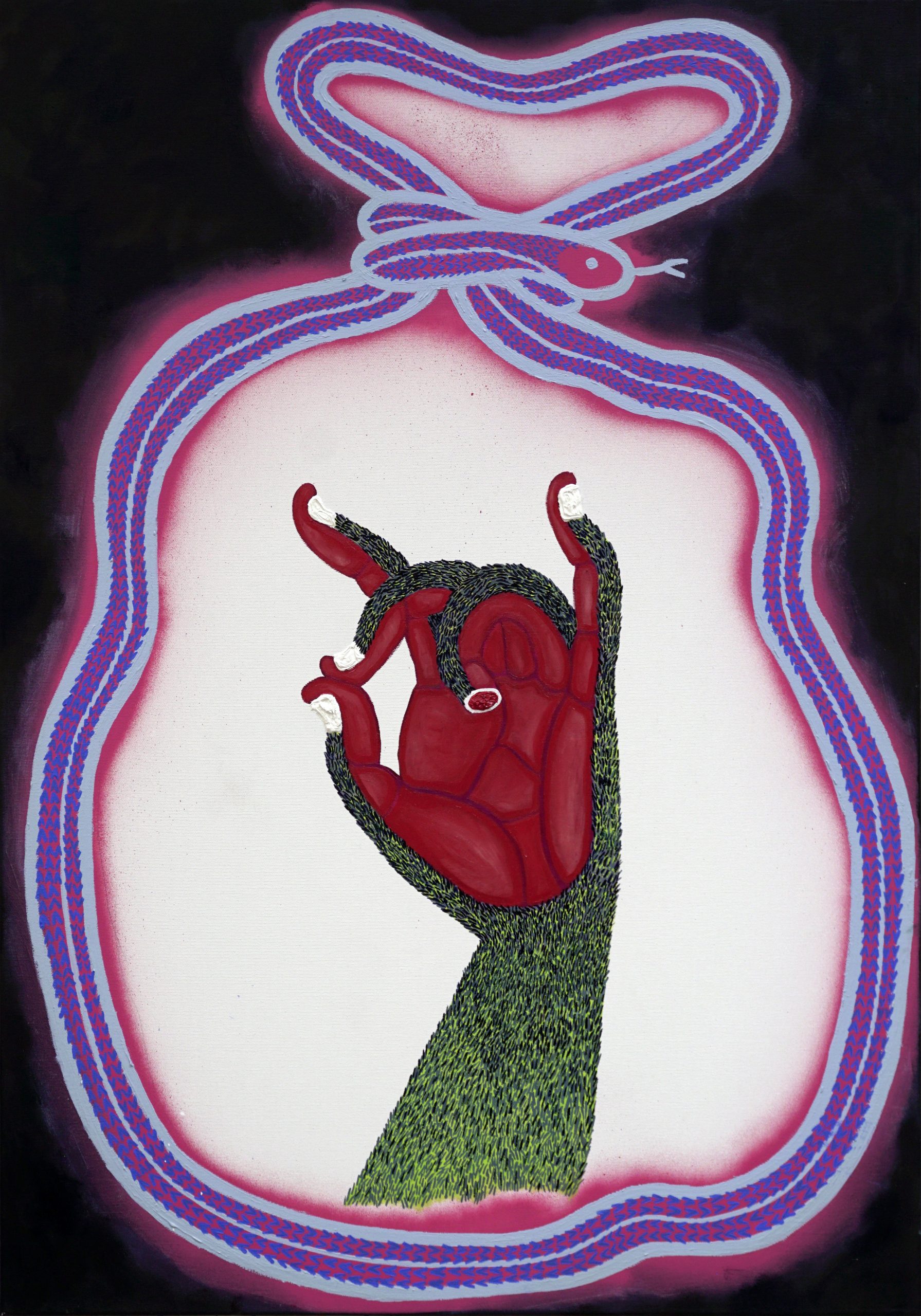 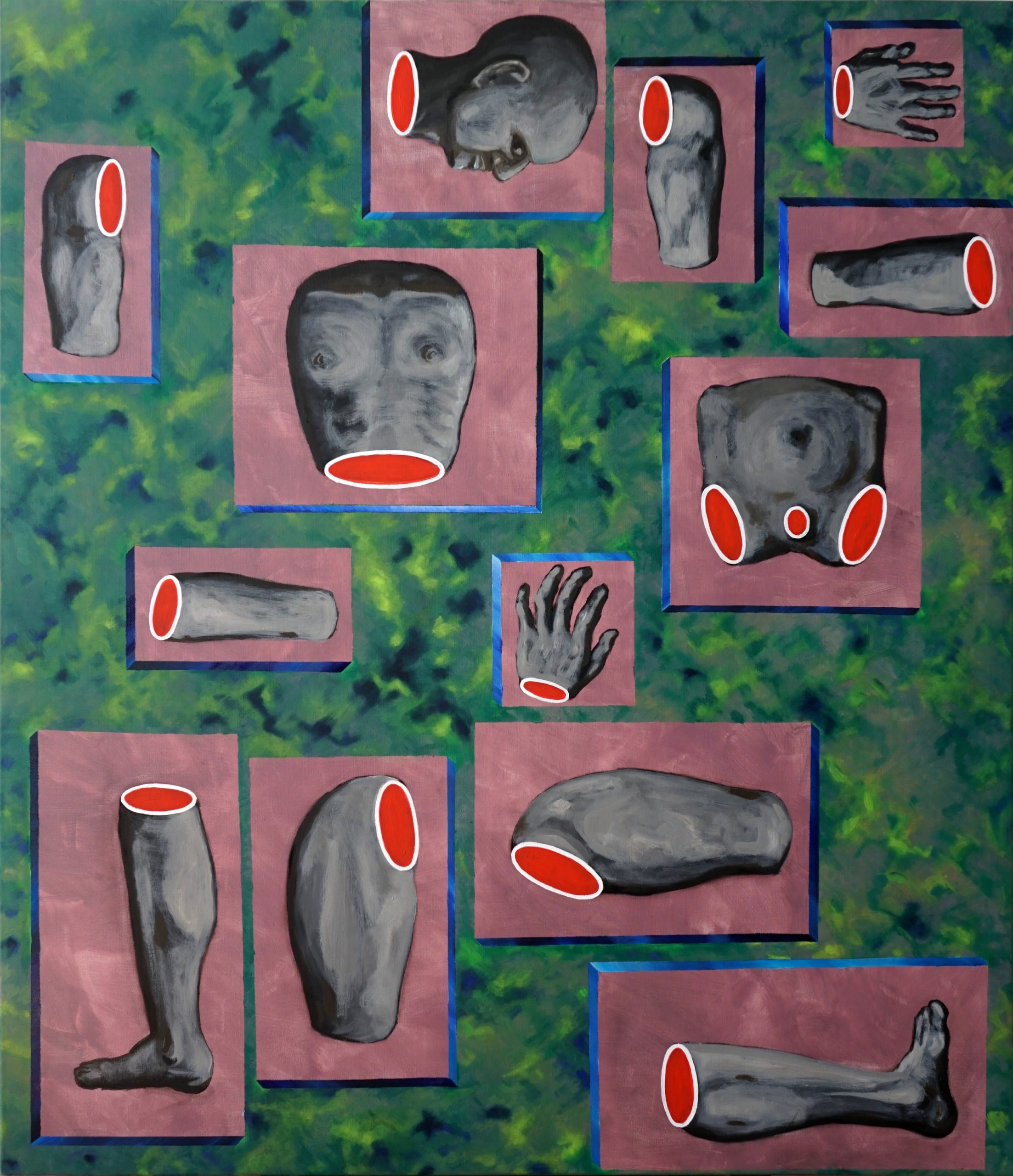 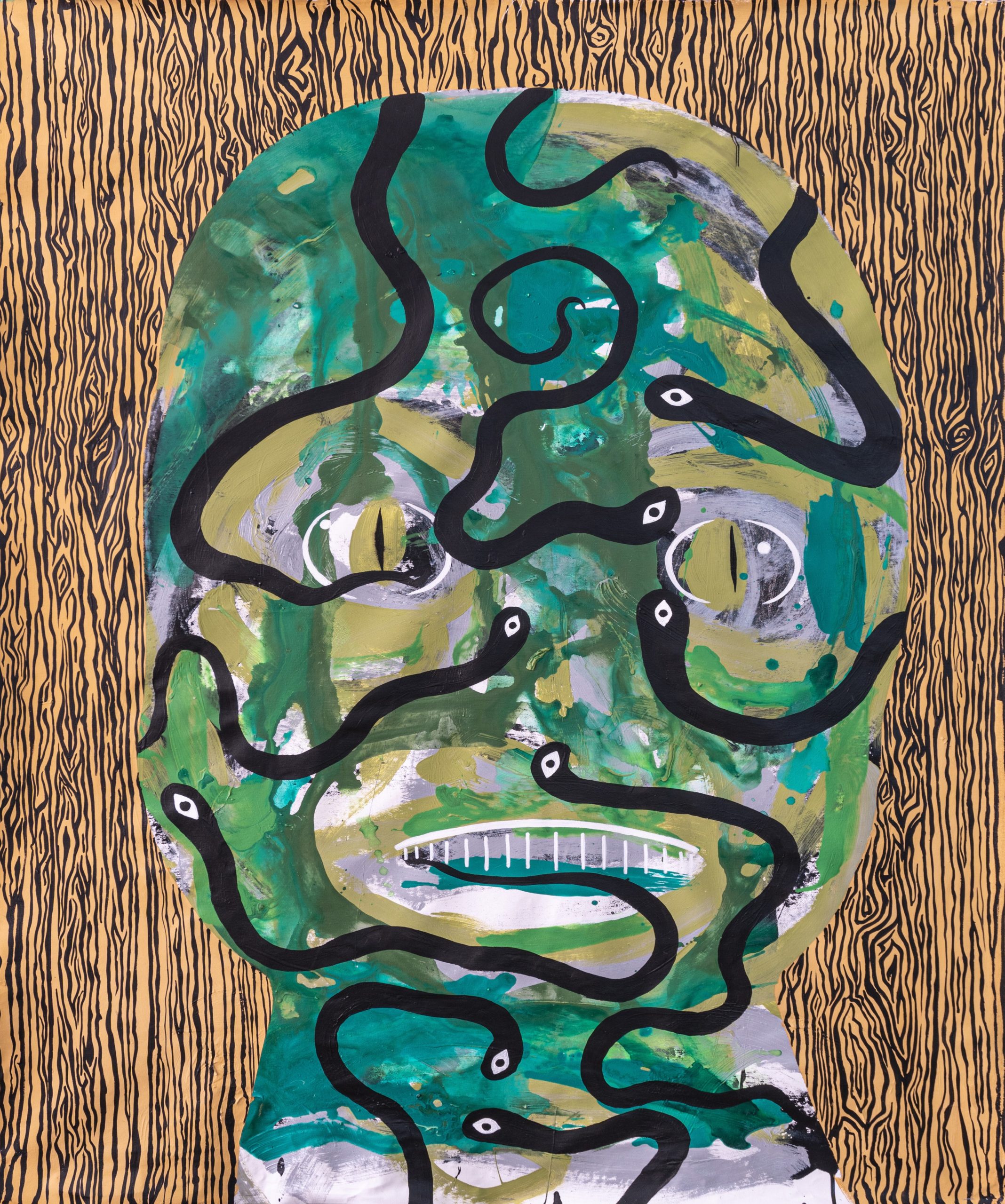 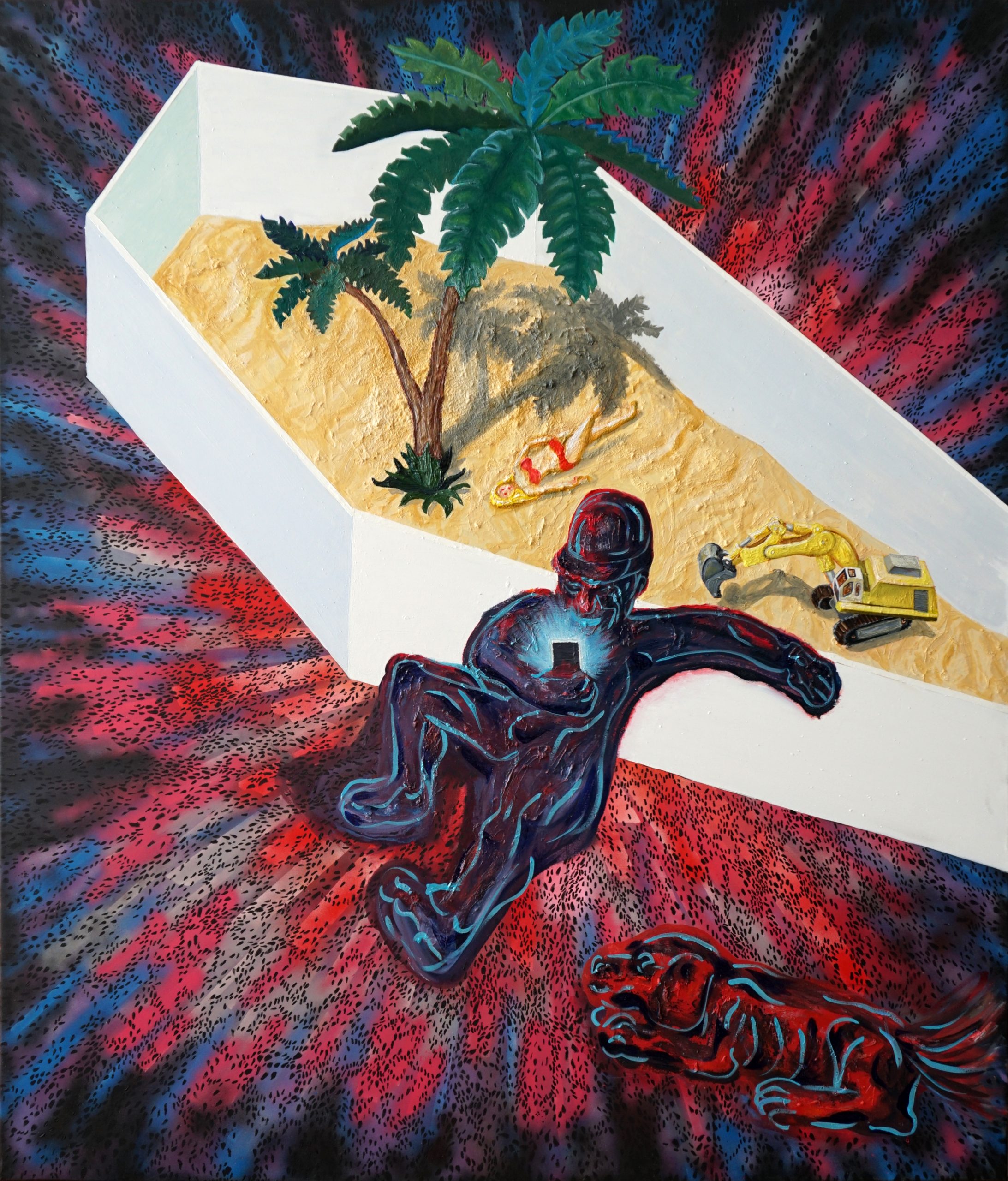 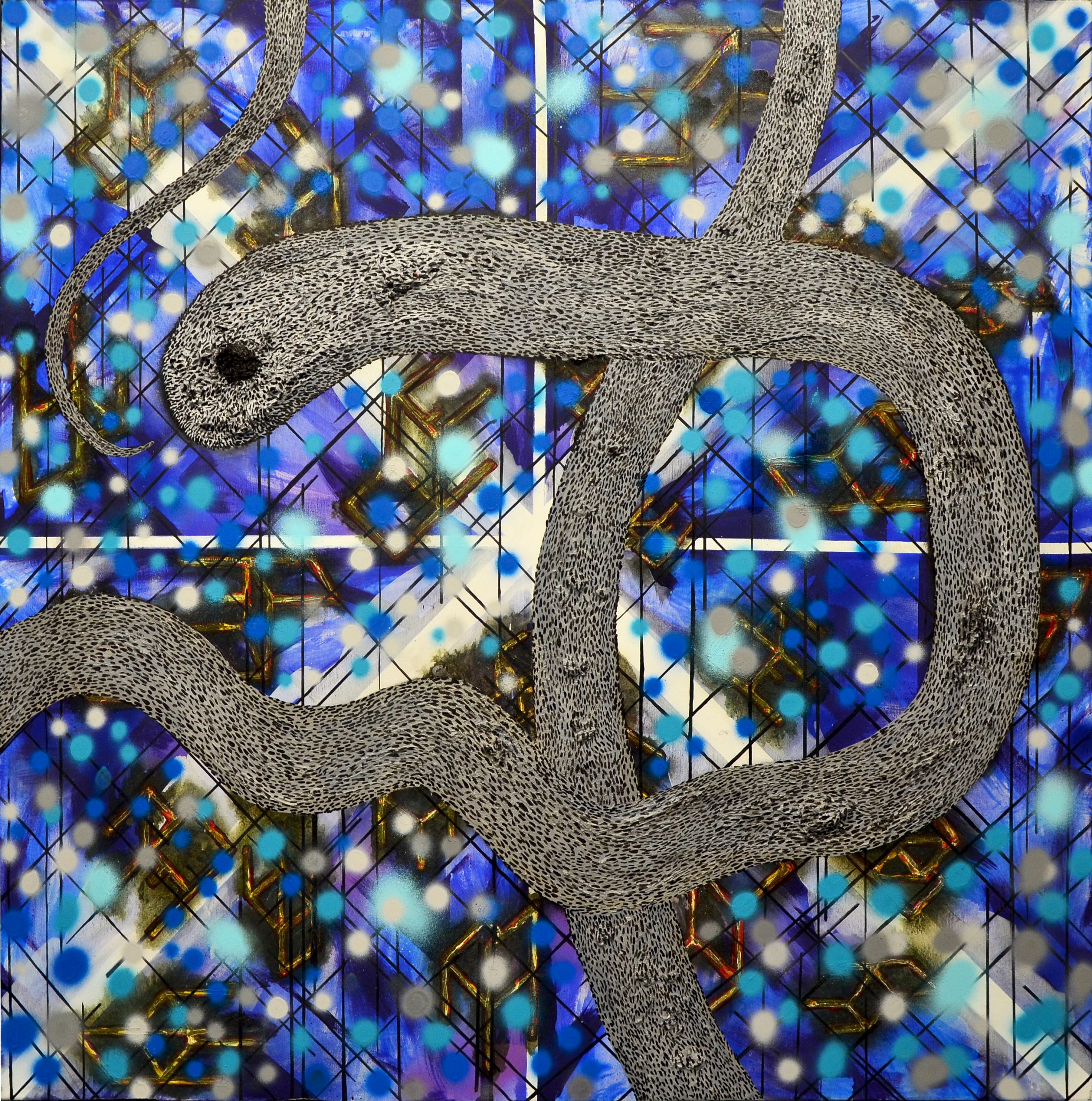 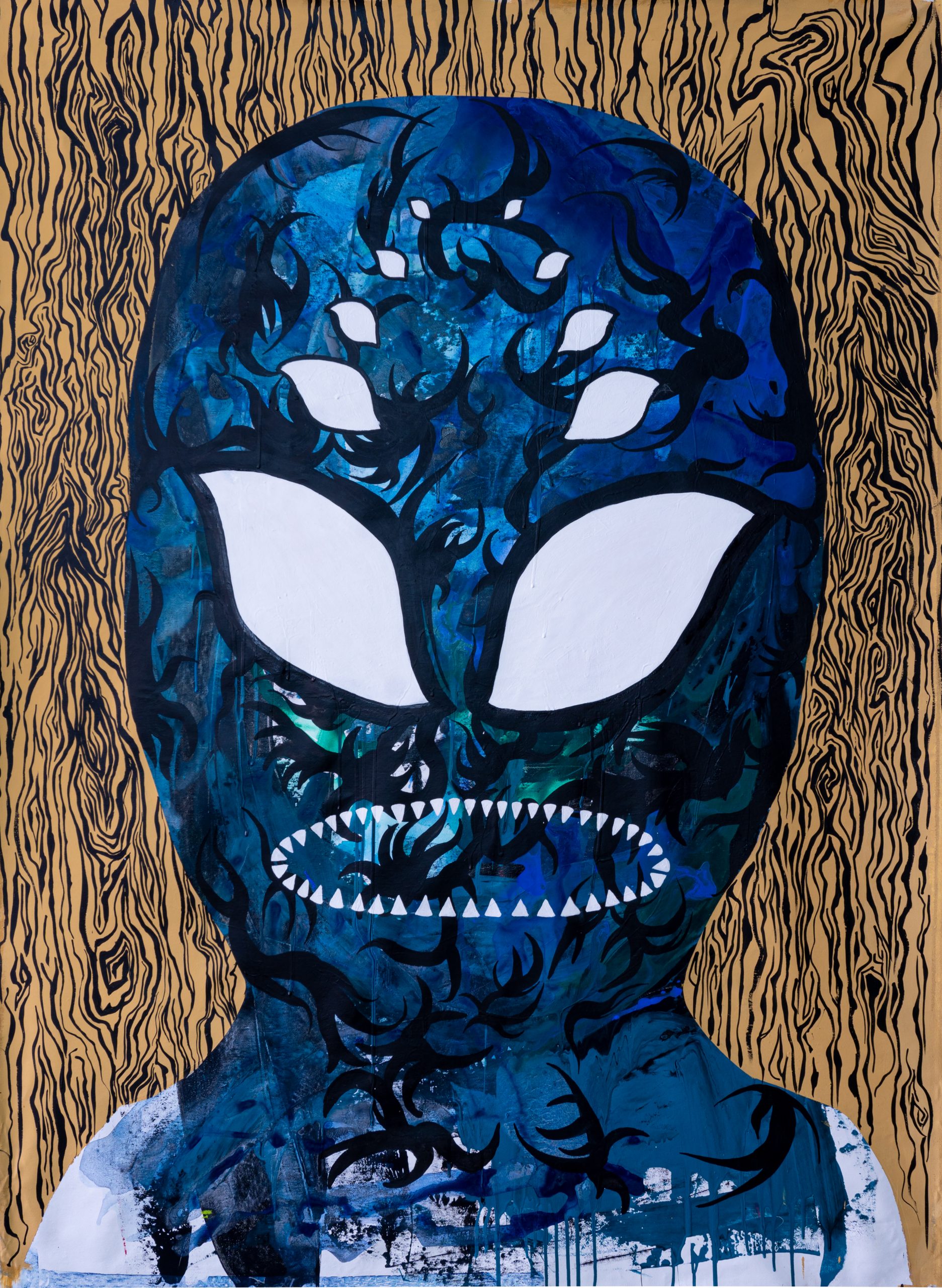 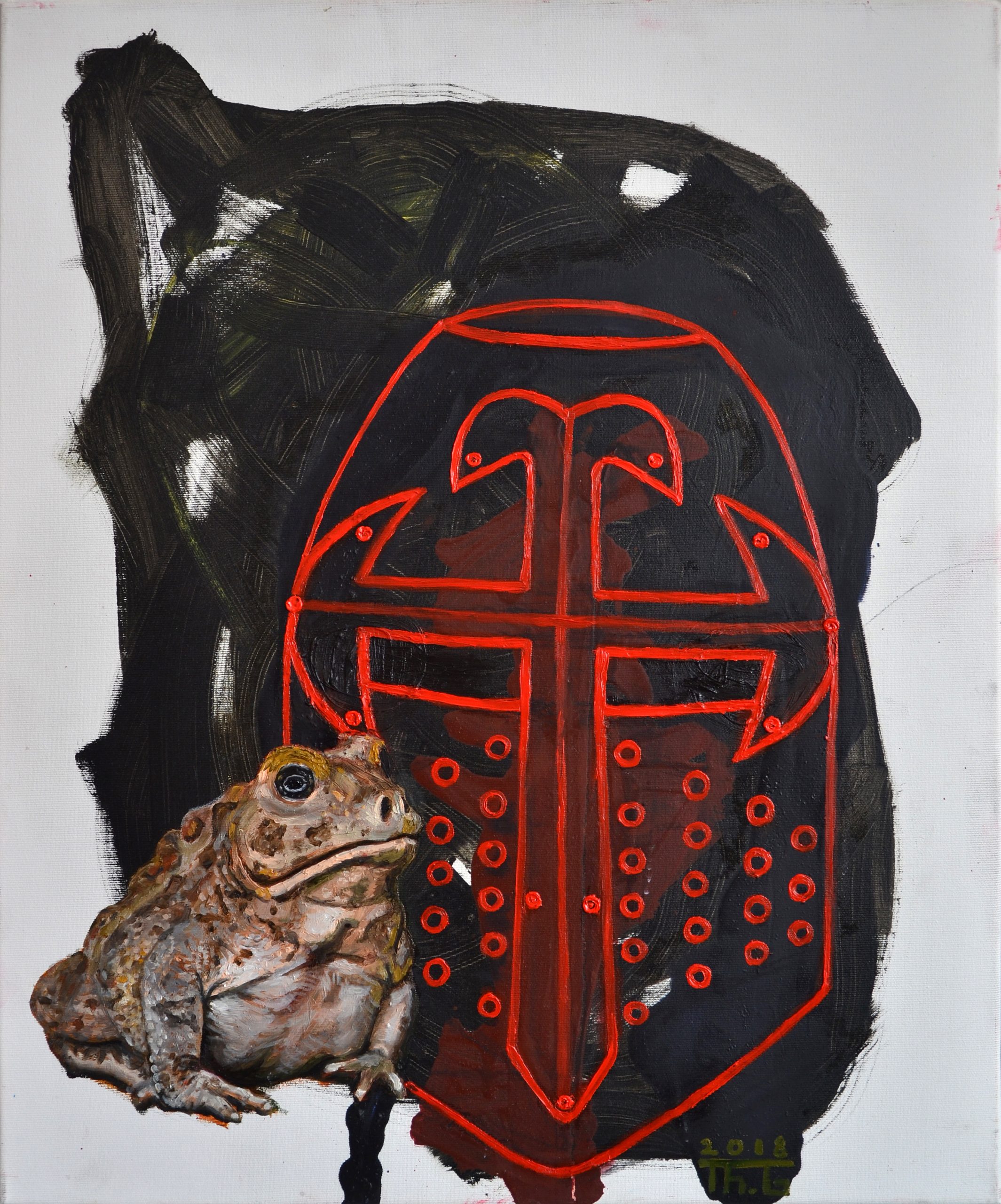 Between Knight and Toad 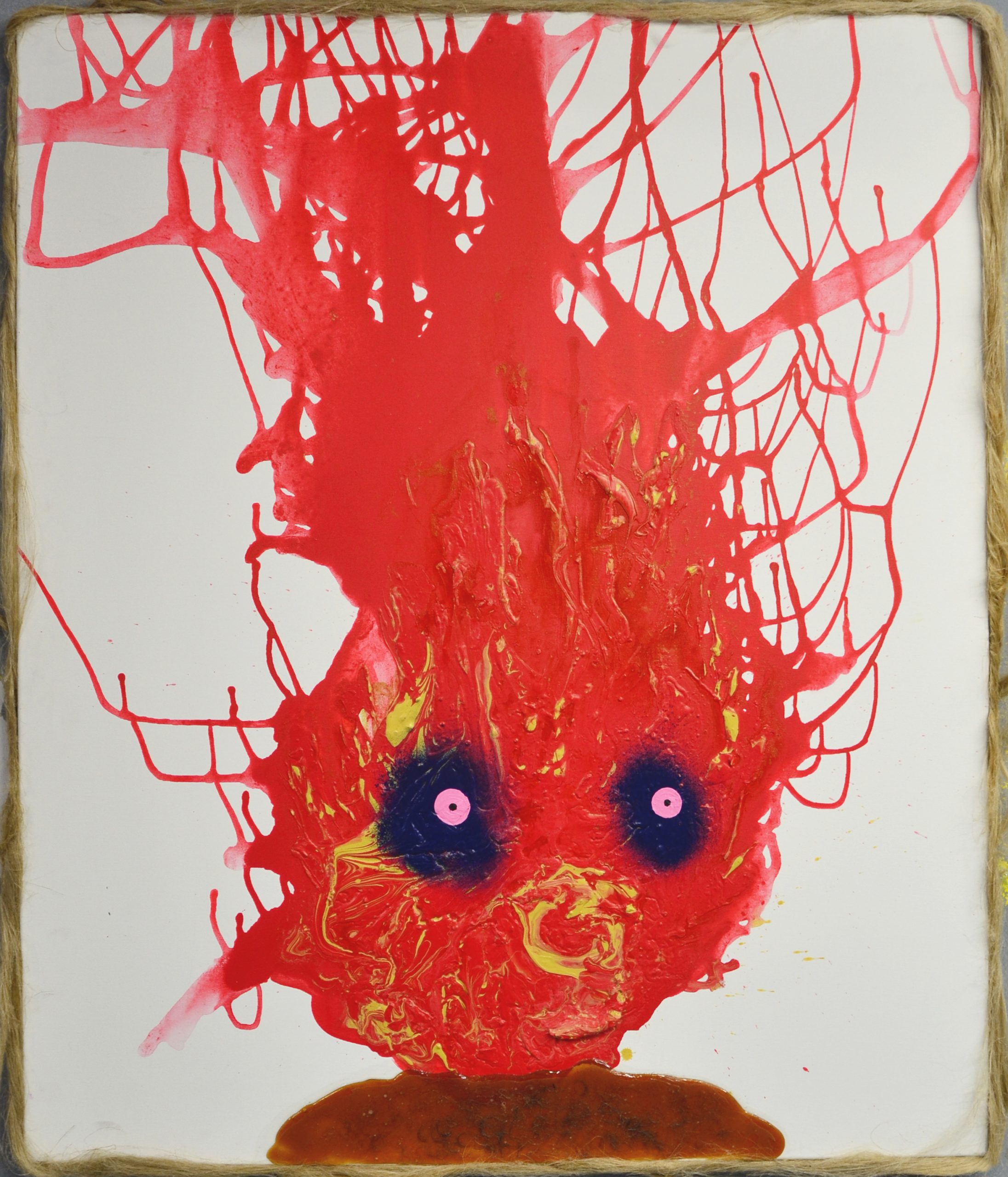 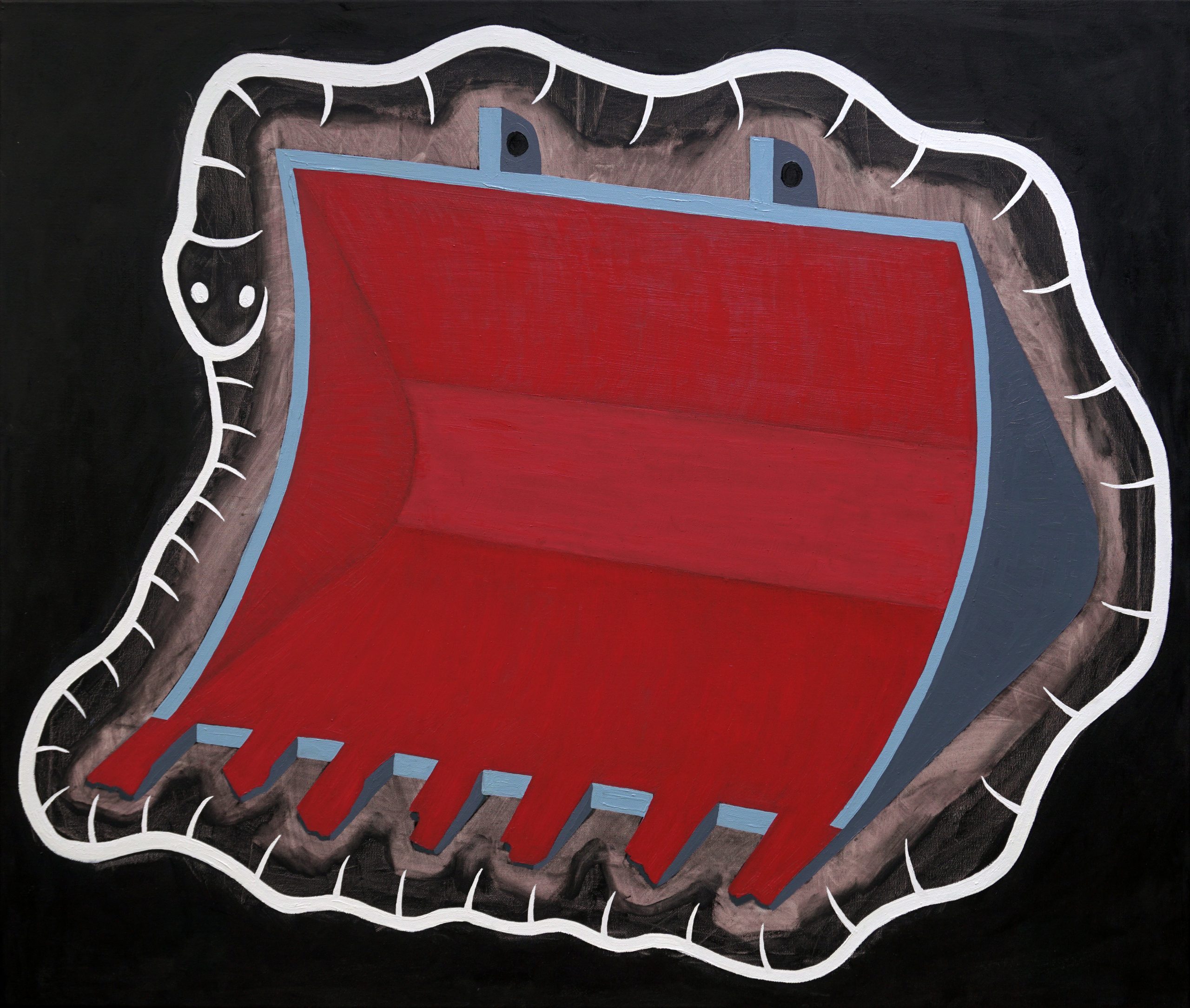 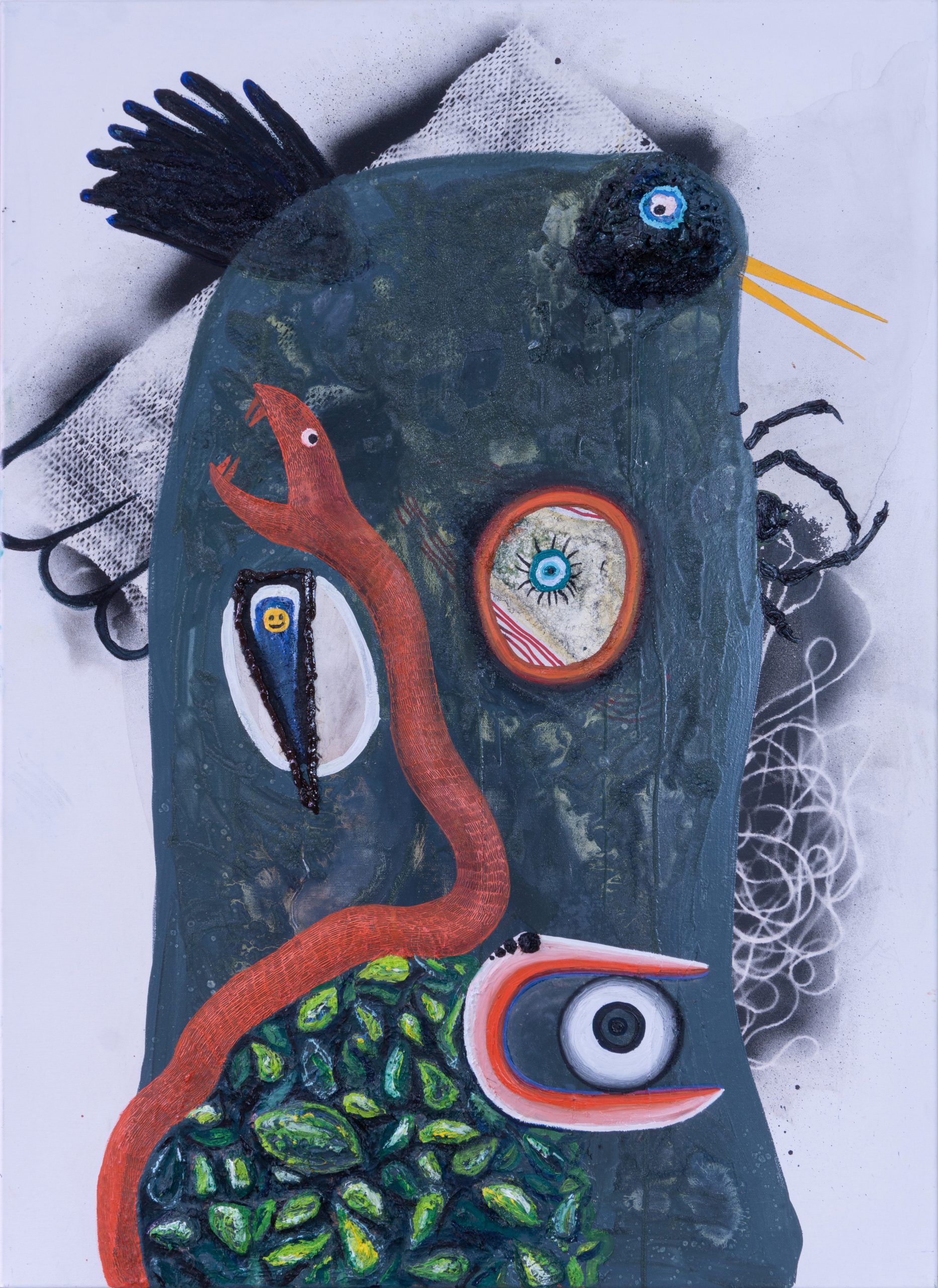 The snake and the stork 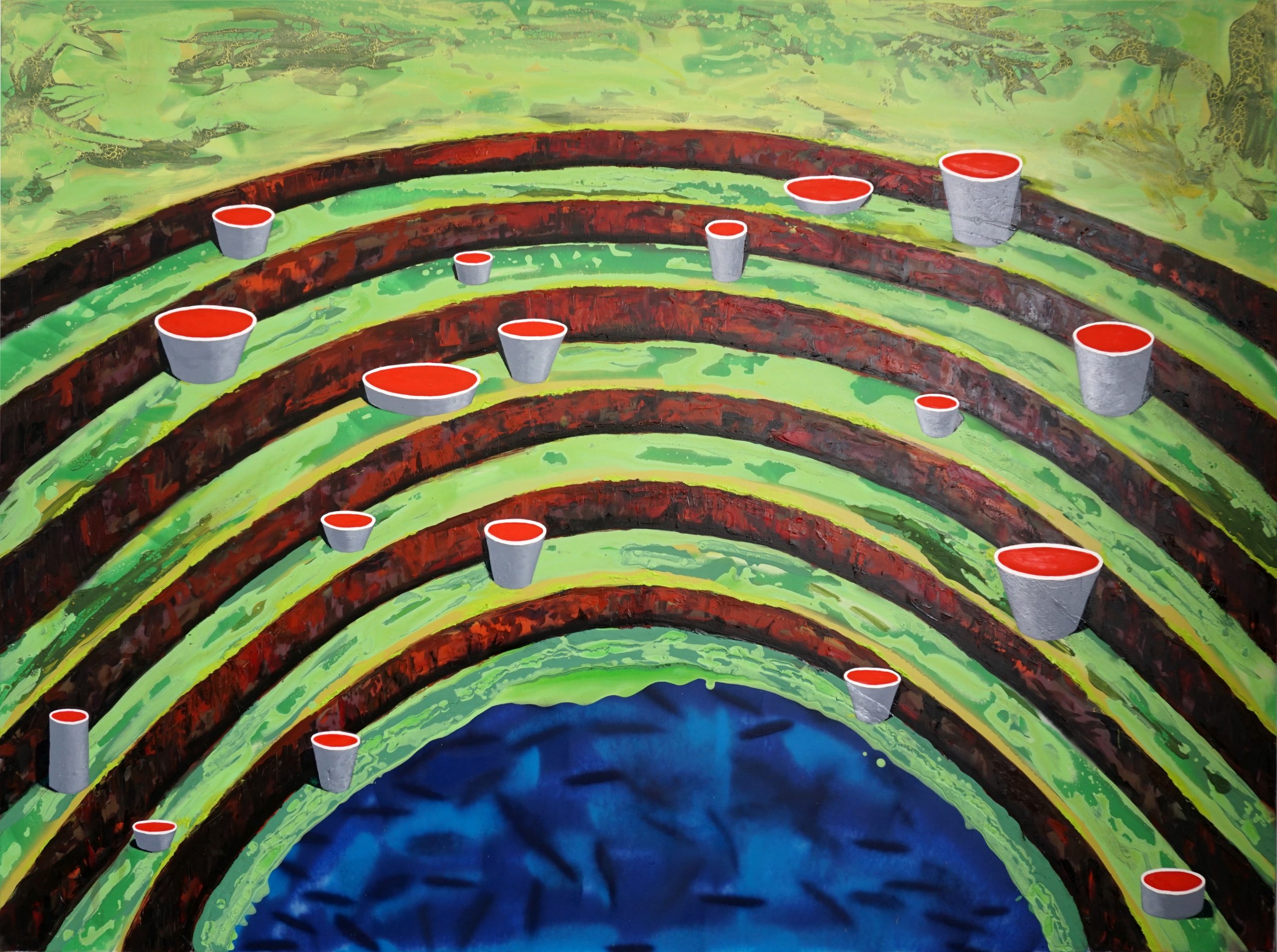 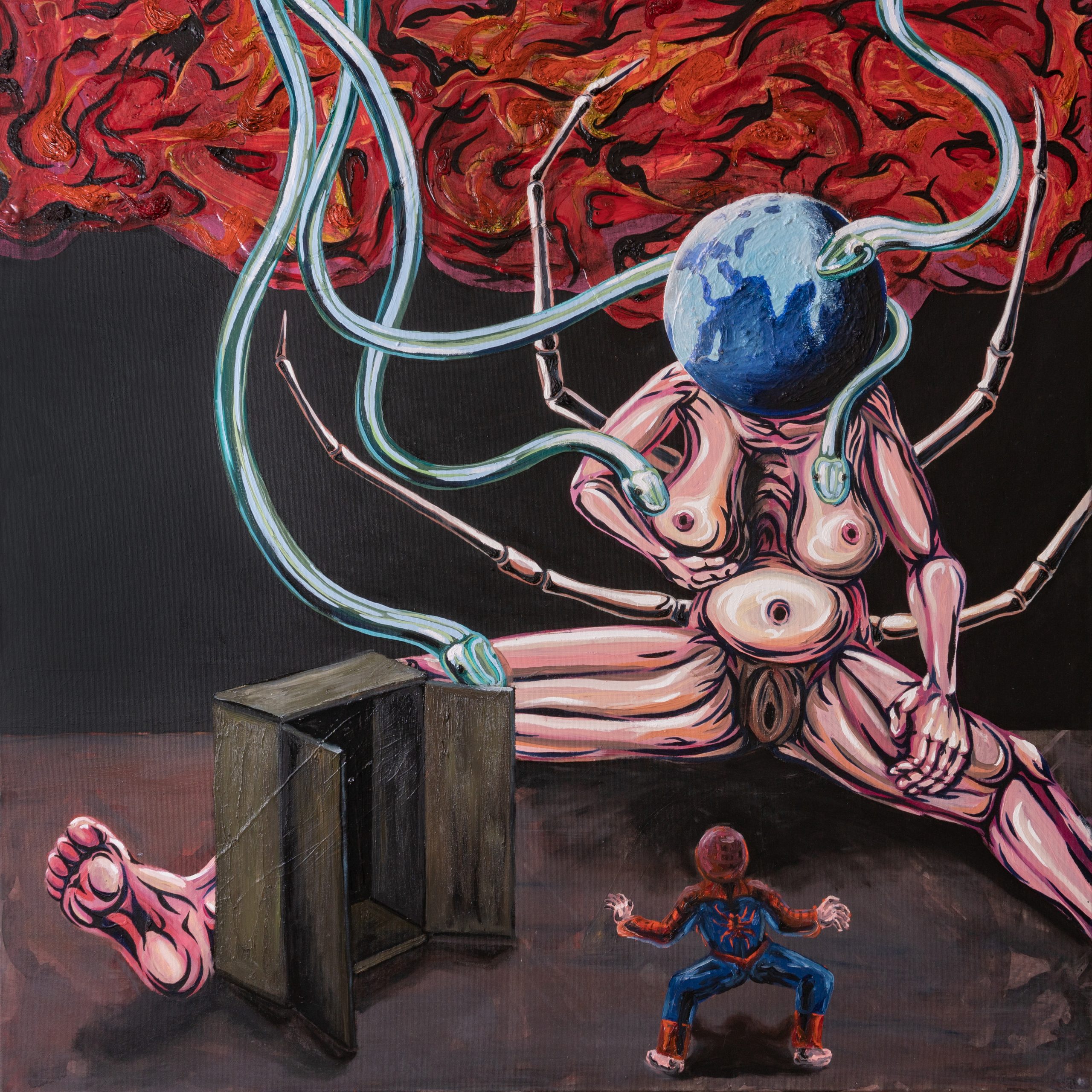 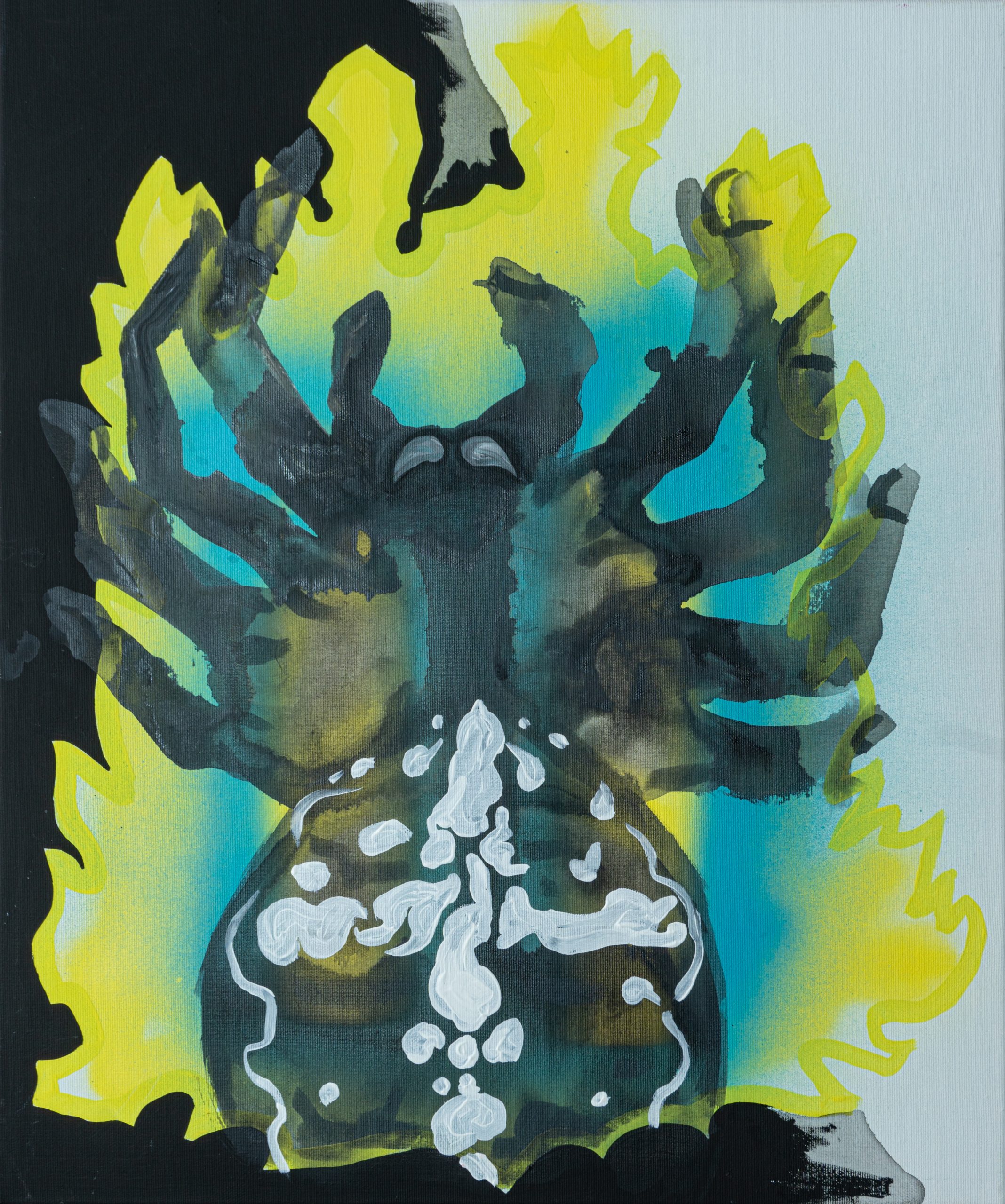 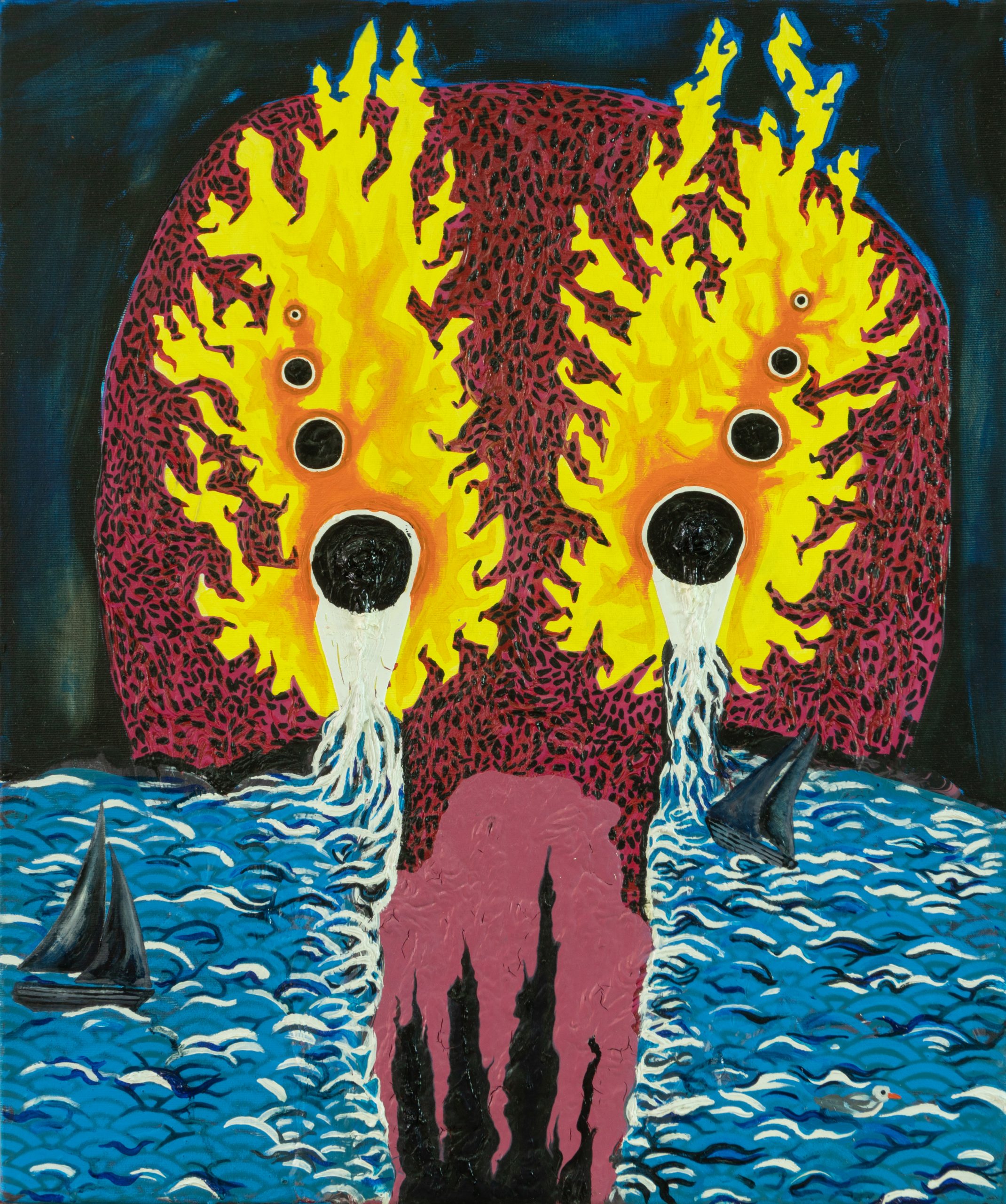 Cry me a river 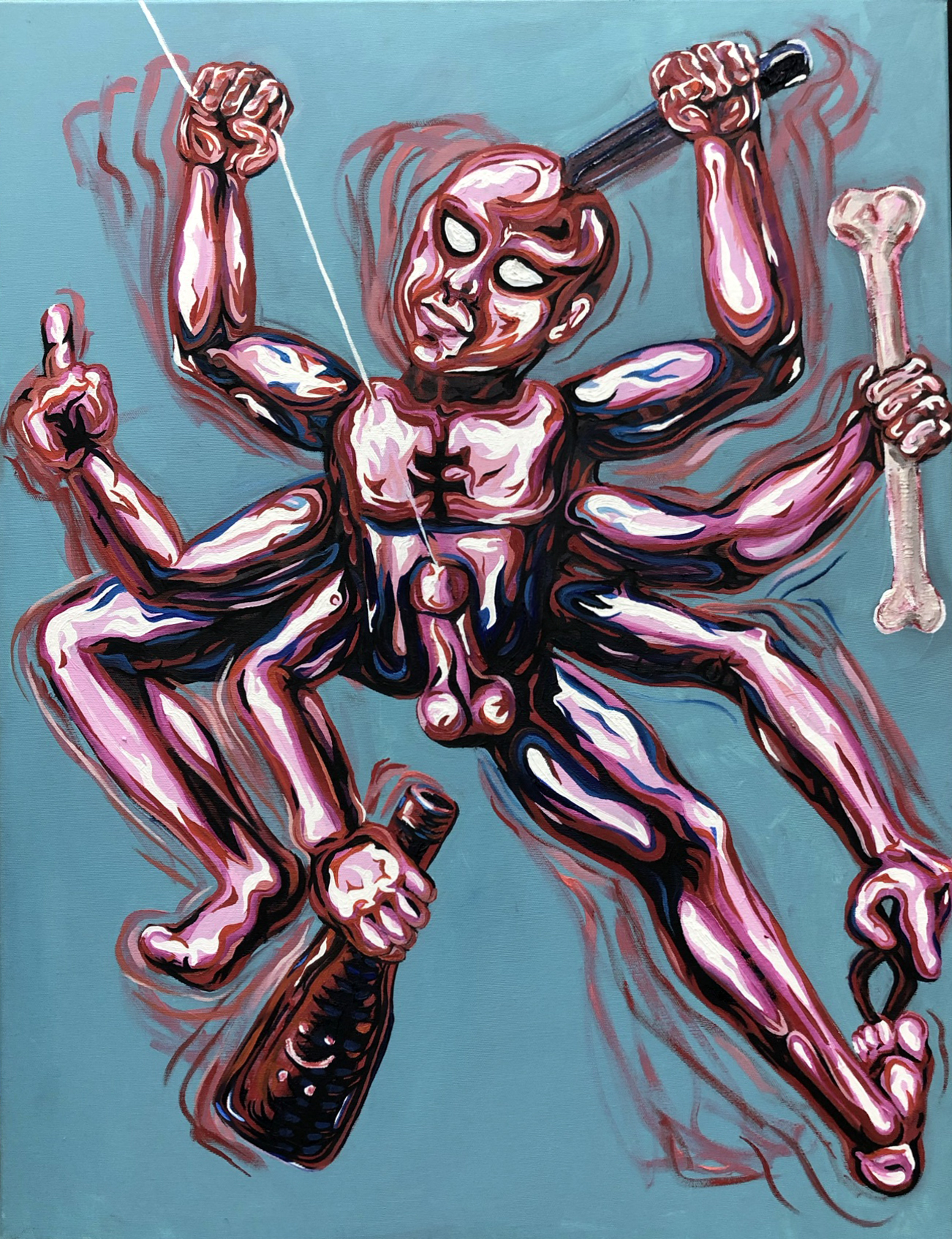 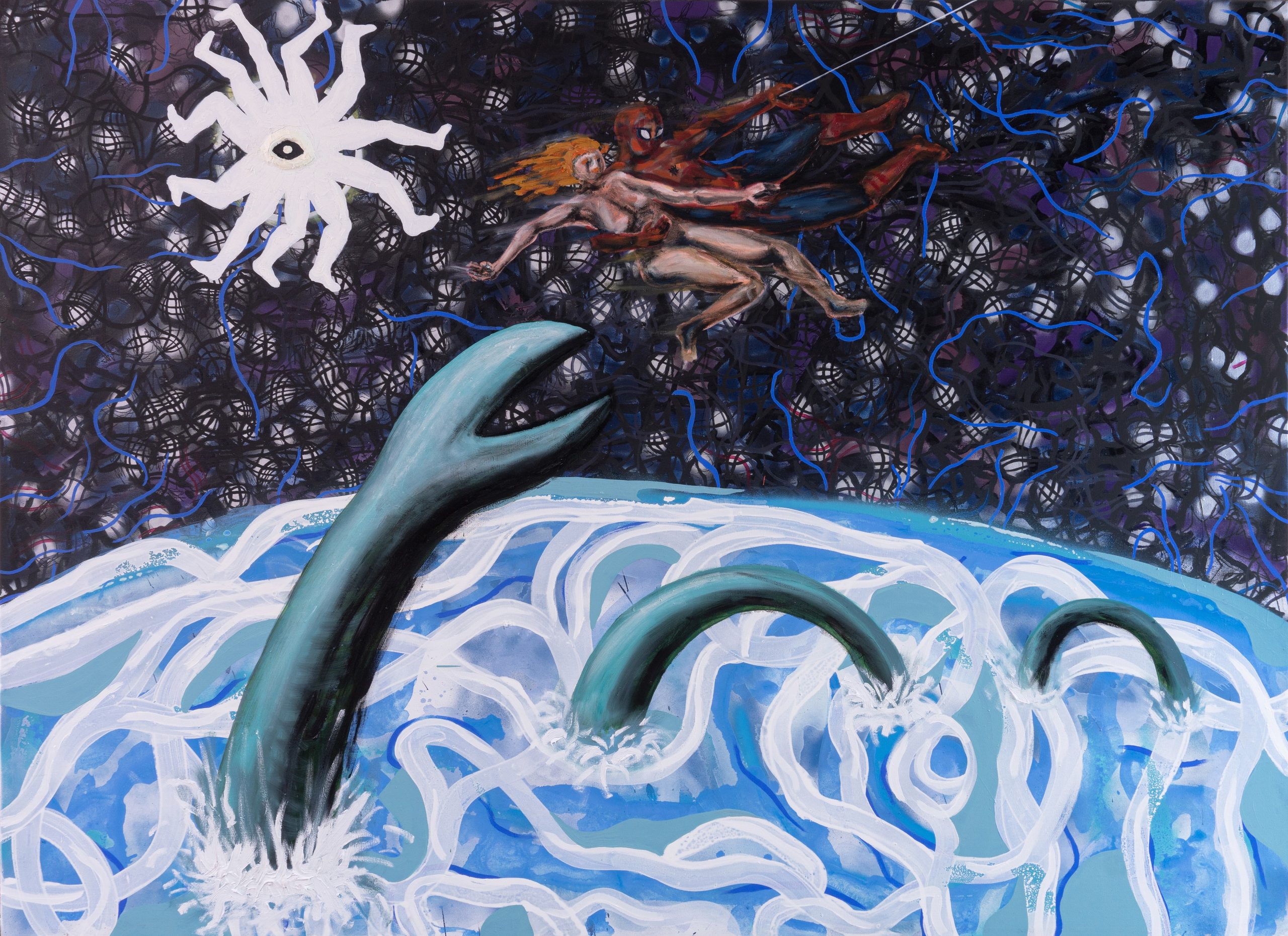 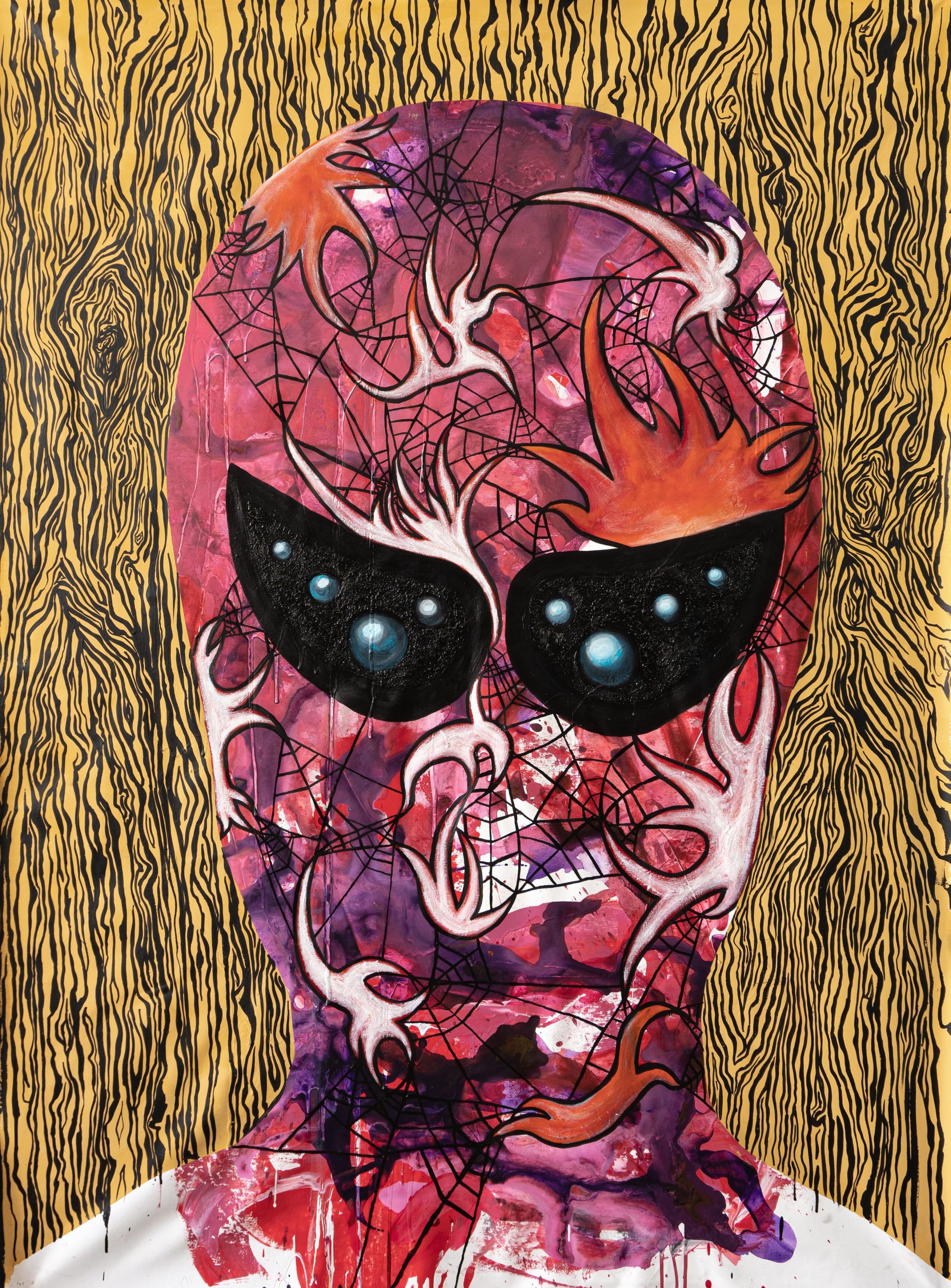 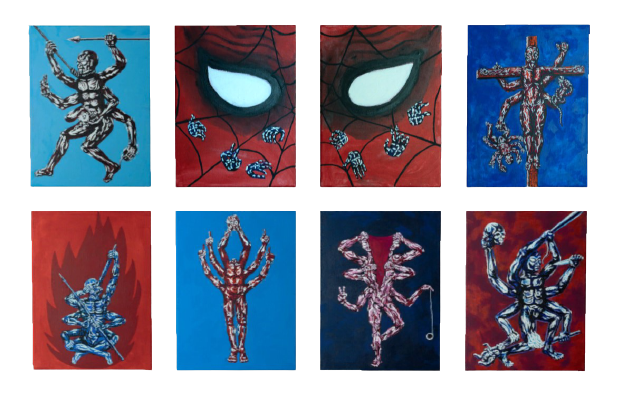 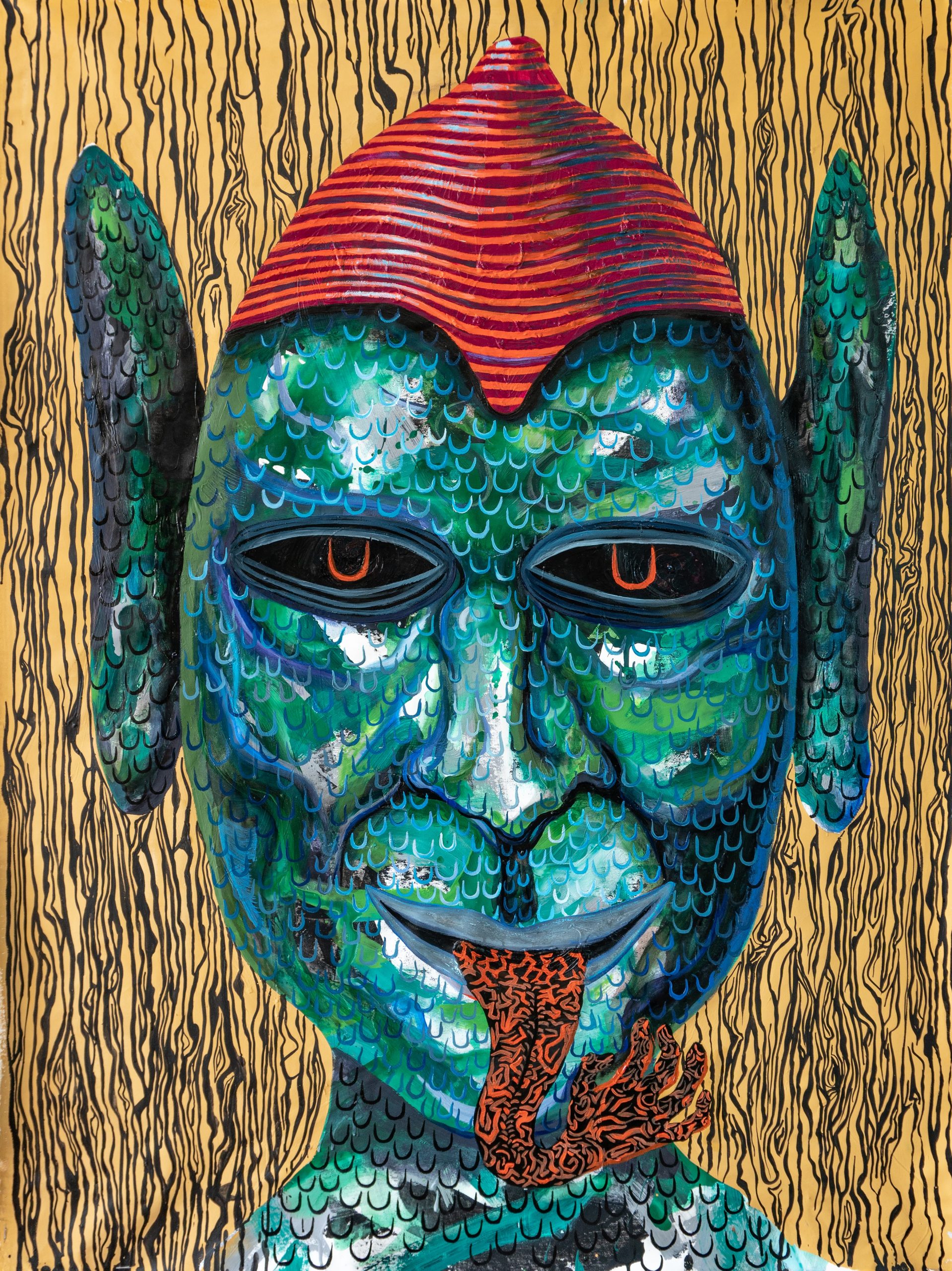 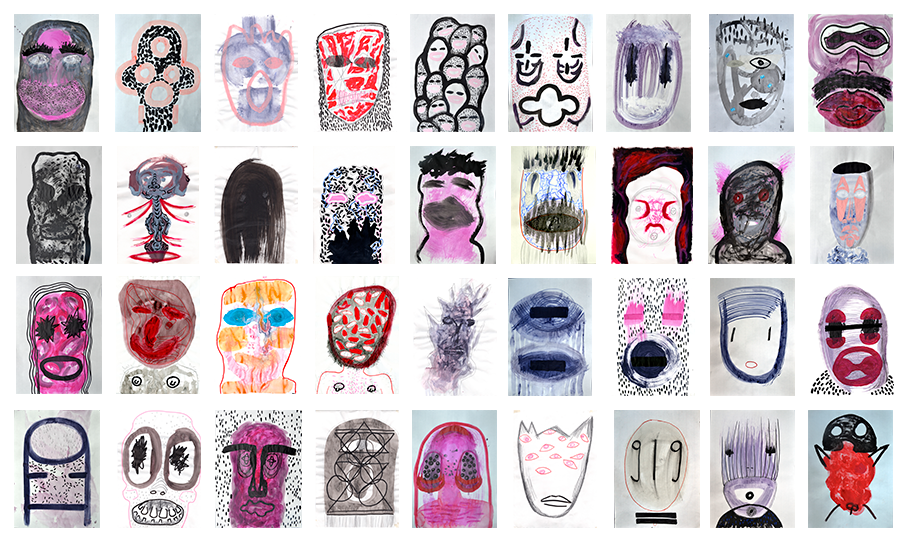